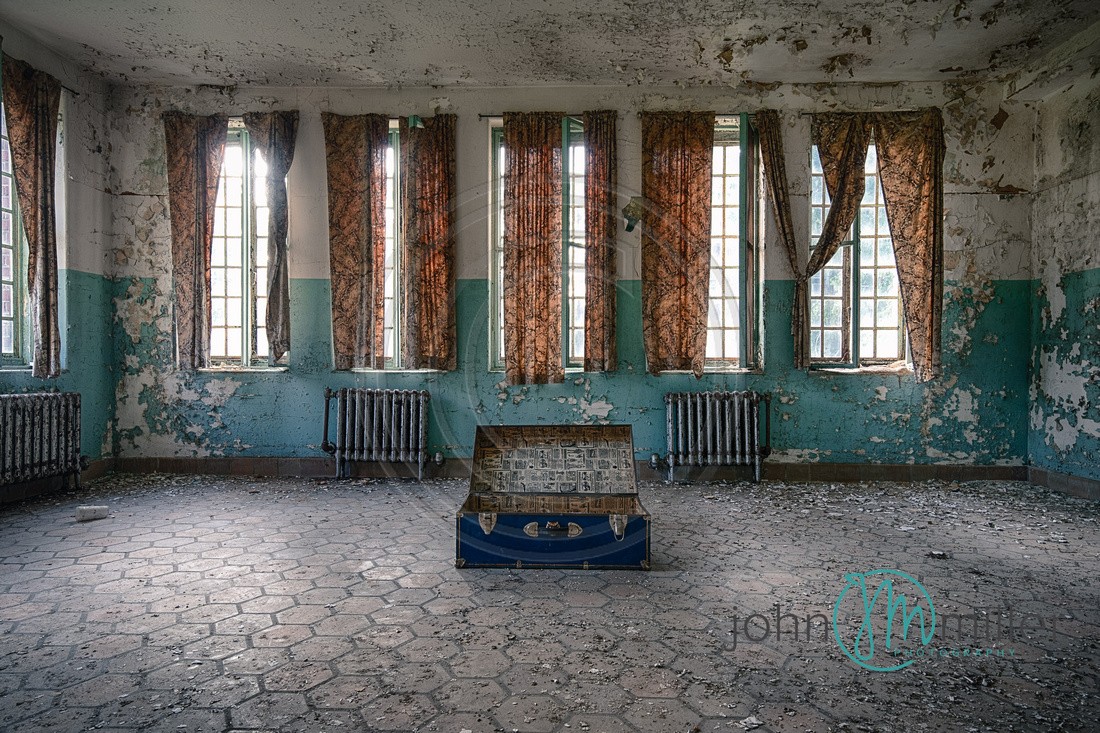 A couple of weekends ago, I visited one of the most eerie places I've ever been, an abandoned mental asylum. It was built in the early 19th century and operated for almost 100 years with few upgrades to the building while it was in operation.

It was notoriously known for being one of the most overpopulated asylums in the US. At it's peak, over 2000 patients were crowded into it's small dormitory (some were forced to reside in it's attic). Worse, the asylum continually ran in deficit. So it did not have enough doctors to treat the patients or the funds to make advancements to it's conditions. Thus, it became more like a prison than a hospital. In fact, in addition to treating individuals with mental illness it, the hospital also housed murderers and rapists, and even some for just being considered promiscuous.

The asylum performed treatments ranging from lobotomies to electric shock therapy. Because of the few doctors on hand and staff, patients received less than 10 minutes of psychiatric therapy per week.

It's unknown how many patients died during it's operation due to poor record keeping. Many that died at the asylum were buried in unmarked graves behind the facility.